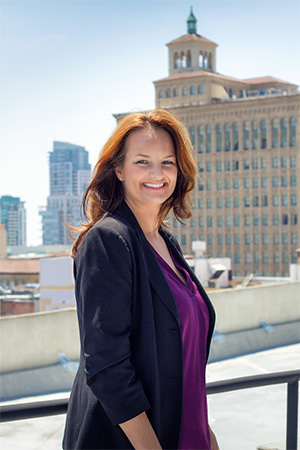 AMELIA M. YURCH was born and raised in Brecksville, Ohio. She graduated from Miami University in Oxford, Ohio with a Bachelor of Arts degree in International Studies and Diplomacy and Foreign Affairs. After college, Ms. Yurch moved to New York City and began working at Hearst Magazines International where she worked for Cosmopolitan magazine for two years. Ms. Yurch then moved across the country to attend law school at Thomas Jefferson School of Law where she was awarded her Juris Doctor in 2005. While at Thomas Jefferson, Ms. Yurch was awarded the Cali and Witkin Awards for Excellence in Wills. She also served as an intern at San Diego Superior Court and drafted tentative rulings on various civil matters.

Ms. Yurch was admitted to the California Bar in February 2006. Prior to joining the firm in 2009, Ms. Yurch practiced general business and construction-related litigation in San Diego, California.

Ms. Yurch can be reached at This email address is being protected from spambots. You need JavaScript enabled to view it..