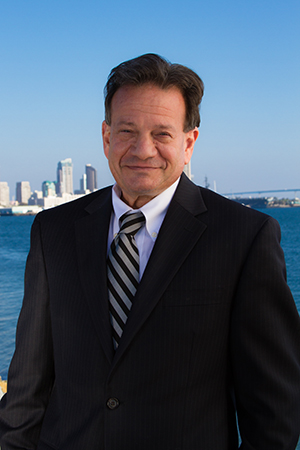 MICHAEL A. PASKOWITZ was born in Hartford, Connecticut. He received a Bachelor of Arts degree in Political Science and a Masters Degree in Public Administration from the University of Connecticut. Mr. Paskowitz attended Thomas Jefferson College of Law where he obtained a Juris Doctor in 1981. Mr. Paskowitz was admitted to the California Bar in 1982, and he is also admitted to the United States Federal District, Southern and Central Districts of California.

Mr. Paskowitz has extensive experience in personal injury litigation including auto, commercial vehicle and motorcycle claims. His other areas of practice include liability and defective product litigation.  Mr. Paskowitz has successfully tried cases in these areas in Superior Court.

Mr. Paskowitz has served as an arbitrator for the San Diego Superior Court for 10 years. His professional memberships include the San Diego County Bar Association and the San Diego Defense Lawyers.

Mr. Paskowitz can be reached at This email address is being protected from spambots. You need JavaScript enabled to view it..